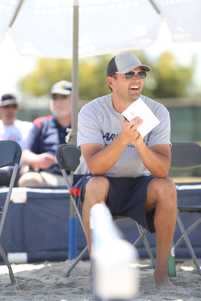 Steve Walker, who served as the Wildcat's indoor volleyball associate head coach, is currently the beach volleyball program's first head coach after the inaugural sport was announced in January 2013. In just his second season he lead the Beach Volleyball team to an 18-3 record and Top 10 National ranking and was the only University that received two pair invites to the AVCA Pairs Championships in Gulf Shores, AL. The Wildcats represented well, returning from the championships with a 3rd place finish and 2 All-Americans. In 2016 Walker led the Beach team to the first ever NCAA National Championship where they finished 5th, produced 2 All-Americans for the second straight year and he was named PAC-12 Coach of the Year.

Walker served as an assistant coach with the Wildcats for three seasons from 2003-05, helping to lead the program to three NCAA Tournament appearances, including a trip to the Elite Eight in 2005. He left Arizona after the 2005 season to become the women's volleyball head coach at UC Davis, where he has coached for two seasons before returning to Arizona in 2007.

At UC Davis, Walker became the Aggies' eighth head volleyball coach, guiding the program through its final year of reclassification to NCAA Division I status in 2006, and during its first year of membership in the Big West Conference. During his tenure at UC Davis, Walker was selected to coach the Northern California Volleyball Association Youth Division team at the Global Challenge in Maribor, Slovenia, during July of 2006. In 2010, he was invited back to coach the NCVA Youth team at the USA Volleyball High Performance Championship in Fort Lauderdale, Fla.

In between his previous two stops in Tucson, Walker spent two years as an assistant coach at the University of Alabama during the 2001-02 seasons.

A collegiate volleyball player at Long Beach State, Walker finished his career as the school's all-time leader in assists per game. The starting setter for two seasons, he was named AVCA All-America and All-Mountain Pacific Sports Federation in 1995, after leading the NCAA in assists and assists per game.

Walker was selected to play for the U.S. at the World University Games in 1995 and was the team captain for Arizona's back-to-back NIRSA club national championship teams in 1999 and 2000. He was named the MVP at the 2000 championship event. Walker is also a four-time bronze medalist at the U.S. Volleyball Open Adult Championships.

Walker began his coaching career in 1997 as the boy's and girl's head varsity coach at Westminster High School in Westminster, Calif. He also served as a volunteer coach at Golden West College.

From 1995-98, Walker was the head boy's and girl's coach for the Surf City Volleyball Club in Huntington Beach, Calif. Under his guidance, the boy's 18 and under team was ranked second in Southern California, placed second at the regional championships and was third at junior nationals. A total of nine of his club players went on to play at NCAA Division I schools.

A native of Newport Beach, Calif., Walker graduated from Long Beach State with a degree in kinesiology in 1996 and received his M.A. in teaching and teacher education from Arizona in 2000. He resides in Tucson with his family, wife, Melissa and two kids, Marley and Brady. 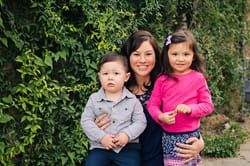 Walker was a former player for Long Beach State (1997-2000) and was a member of the 1998 National Championship team that was the first NCAA team to successfully complete an undefeated season (36-0) and featured Player of the Year Misty May. Walker was named team captain in 2000 and was a three-time Big West Conference All-Academic selection. She played in every match of her career as a 49er.

Walker was active in the club volleyball scene in Southern California. She has been the head coach for the 14, 16, and 18's Elite Teams, and has produced 13 Junior Olympic All-Americans, one Junior Olympic Most Valuable Player and one Junior National Team member. Her Cal Juniors Volleyball team was the 2005 Junior Olympic (16's) National Champions.

Melissa has served as a camp director and coach for numerous indoor and beach camps in California, Arizona, Colorado, and Hawaii.

The staff will include current Arizona staff as well as current U of A student athletes.